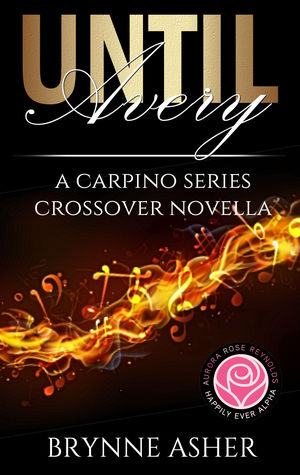 I never had one. Never even knew what a dream was until a certain unassuming Carpino waltzed into my life. That day my world tilted.

I might not have been a dreamer, but she was.

She wrote the words missing from my life. Her notes ignited my heart. Her flame lit up my darkness.

Her dreams became mine and I’d move heaven and earth to give them life.

Especially when my past surfaced and threatened to kill every dream we had.
Until Avery, I had nothing.

But I’m Link Forester. I’d fight for her, for us, because right now, I have everything to lose.

Warning: The author will have a dramatic fit—Scarlett O’Hara style—if anyone under the age of eighteen touches this book.

This is a Carpino crossover novella by Brynne Asher written for the Happily Ever Alpha Kindle World of NYT Bestselling Author, Aurora Rose Reynolds.

For the entire Happily Ever Alpha Kindle world –> bit.ly/HEAGoodreads 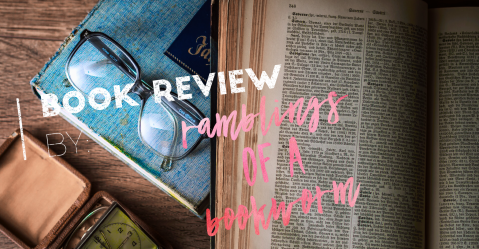 “The new song isn’t twangy. It isn’t fast, slow, or even an ode to prison or grandmas. It speaks of love, heartbreak, storms, and tears. I’ve never heard it before. It’s jut the singer backed up only by the piano. The crowd quiets and is weirdly mesmerized by his voice, the lyrics, or who knows, maybe both. What I do know is, the girl settles into my soul just like the music. I don’t remember the last time anything felt so right–not once in my twenty-eight years. What the hell?”

So, this Happily Ever Alpha Kindle World was created with the world of Aurora Rose Reynolds at the background. Each story is written by a different author and brings to light either a crossover from their own series into this world, or one of the unsung characters not given their own story by ARR.

With this story, I fell head over heels for Avery & Link within the first chapter. I can’t even tell you what it was, but I was just drawn to them from the start. Once they started actually interacting and their story began to unfold … “The beginning? Holy hotness and tattoos.” Avery couldn’t have said it better!

This story gives you all the important parts of a love story, but also mixes in a little action and intrigue. I loved that we got to learn about each of the characters as they did – I never knew much more than each of them did about each other, so as they were shocked or angry at some new development, so was I! But, man oh man, was I jealous of Link’s devotion and his ability to just … get it. “After a ten minute argument, I realized if I wanted Avery as mine, I’d have to get used to her wearing whatever the fuck she wanted and not be able to do shit about it. I guess all the hours I spend punching a bag for exercise will be well worth it when I have to beat the shit out of any man who looks at her too long.”

I also loved seeing so many characters from ARR’s world! They were always there to add some insight into how men of this (alpha) nature work. “November nods and pats my shoulder. ‘It’ll all work out. It always does. But, Avery, that man over there?’ She motions to all the men, but I have a feeling she’s talking about the one who doesn’t mind having unprotected sex with me. ‘You’ve hook, line, and sinkered him. I’ve seen it play out with all the Mayson men and Link is no different. He’s gone for you.”

Brynne Asher, look out, I’m now coming for the rest of your books! ❤

“I never knew it could be this good. Until Link, I had no idea how rich life could be.
Until Avery, I had no idea what love was. We’re living the dream.”